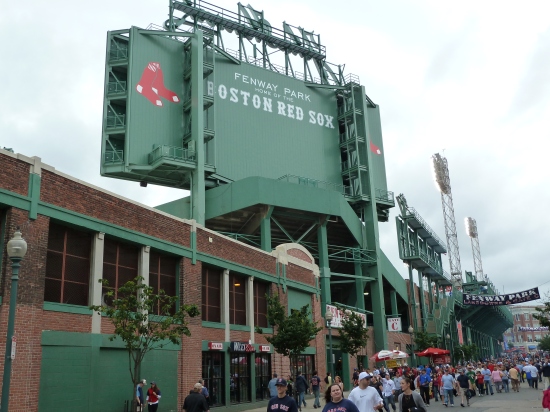 my partner and I hold temporary rights to a small parcel of paradise – a plot in The Fenway Victory Gardens.

In anticipation of spring, which can’t be Too far away, I would like to tell the story of our little spot of land. This, of course, is an abridged version – many fruits, blooms, and weeds will go unnamed. I hope to offer a taste of our gardening year, though!

After applying for a plot in April, we got word that we had been granted one just before Matt’s birthday (May 18th). As any New England gardener knows, that is pretty late to start work on one’s garden – especially when it looks like this:

While we were extremely pleased and grateful to receive a plot, we were also overwhelmed – it was completely overgrown, with evening primrose and bishop’s weed dominating the 15′ x 30′ landscape. However, we also inherited some real treasures – two apple trees, two peonies, some charming daffodils, and one prolific elderberry with yellow irises at its feet. 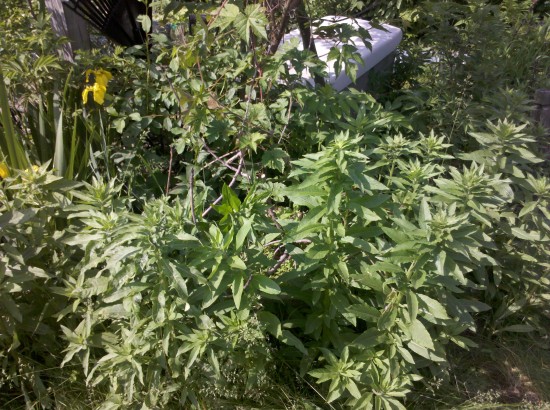 Our first step, after putting up a new fence and installing a gate, was to break ground. We were lucky enough to have the muscles and camaraderie freely given by our friends Justin, Joanna and Liz. They helped me clean up the plot from the majority of its grass and weeds in one afternoon. (They also brought picnic fixings, featuring one of the best watermelons of my life. Nommm.) Many hands make light work, and by the time that they left the garden was almost unrecognizable from the place we’d walked into earlier that day. It was like it had received the best haircut ever.

As I said earlier, late May is a risky time to start a garden in Boston. While we don’t tend to get frosts until the end of October, it is generally good to get plants in the ground as soon as the danger of truly cold weather has passed in the spring, otherwise they may not receive enough sunlight to become fully mature and productive. Luckily I’d been able to start my seeds in the greenhouses at my work, so I had a medley of tomatoes, peppers, herbs, greens, and flowers at the ready.

Once the land was full cleared and spread with compost we were able to begin planting. Because I was working full-time and Matt was applying for grad school, it took us about a month to really establish a visible amount of order to the place. But by June 30th it looked like this:

The tomatoes (which were transplanted in the middle of the month) had grown up past my knees, the Brussels sprouts were close behind, peppers were leafing out, and the elderberry’s clusters of gorgeous, fluffy flowers reigned benignly over all. 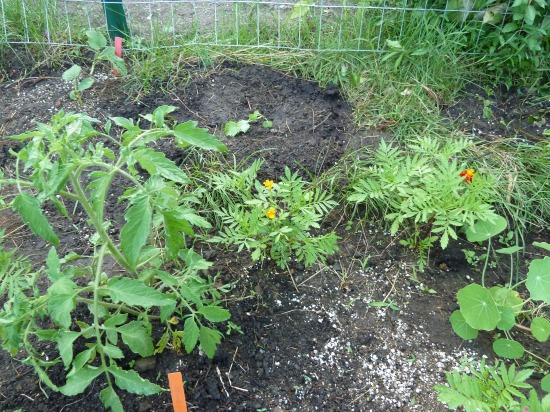 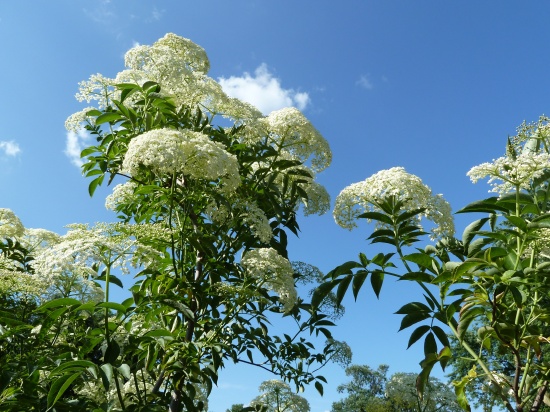 Stay tuned for Part Two of the Fenway Chronicles, as we dip our toes into the dog days of Boston.

What do you think? Cancel reply