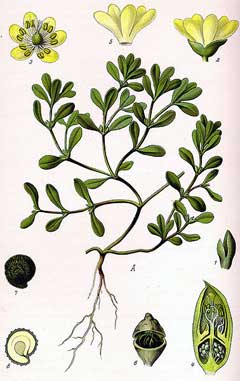 I gazed at starlings pecking across the grass beside motorous Washinton Street, next door to Forest Hills Station. It’s always my favorite place to watch the little, iridescent things. They skitter around, bright-eyed and yellow-beaked, grazing in the grass like rabbits.

At work a tiny toad scampered between our feet as we weeded purslane from pea gravel. I watched a red-tailed hawk glide down the sky.

Then there were the humans. A beggar on Mass Ave who could imitate a duck to perfection. The sweet teller who complimented Kira and I on our braids, hers French, mine Swedish. Roofers in life-saving suspenders kicking debris from concrete-colored shingles. Lastly, the operator within the bulldozer knocking out a building of dust along the Neoponset. I’d never know of the deconstruction if not for the lone spectators draped over the Fairmount bridge every morning, staring wistfully at the shovel as it hit the walls and ceilings, the metal and brick and plastic, while someone from below would hose down the dusty din with the arching water of a fireman’s truck.

I hope you hadn’t lost any faith if you visited Spokes and Petals yesterday to find a lapse in my Thoreauvian record. I was thinking of him, and you, and this, but had to go straight from work to a delightful burrito place by North Station to wish a friend safe Irish travels, and by the time I got home it was to bed with me. I listened and looked, though, and here’s what I found:

Almost enough yellow butterflies (grown from a lovage cradle) to make up a Marquez novel.

Wispy ghosts that ran like tiny soot sprites in the ancient root cellar, “the peach pit,” at work. As I walked through to get one thing or another the sprites would flutter fast and strangely, swinging under pallets piled with seeding trays, gasoline, and clutter. Despite my disbelief in such things I froze, wondering what spirits I’d seen. Because obviously they were spirits, and apparently ones that were a part of the Boston ecology. They kept moving, scattering below old wood, as I proceeded, cautiously, through the cellar. Finally I considered that if I looked ahead of my step I would see whatever supernatural being was there before it snuck out of sight. So I squatted and looked and found a “penny frog,” which is not a frog at all but actually a toadlet. (Toadlet: one of the most unexpected darlings of the English language.)  Not spirits after all. Oh well.

A type of toadlet, on loan from Colorado Parks & Wildlife.

Rabbits; eastern cottontails. More rabbits than you could shake a stick at. Rabbits devouring the sacred basil I grew from seed, the dahlias that sprang there from their jellyfish tubers, and, shockingly, the bark that wraps the life within the Roxbury Russet sapling that I planted in May. The Victory Gardens have been taken over this year by the velveteen things, colored in shades of brush and ambling around without a fear, perfectly exemplifying the need for more carnivores in the urban landscape..!

Dragonflies, spun and encrusted in amber, turquoise, emerald and ebony. Lace and wire, spots and eyes and darning needles. They glide over the potted perennials out back, perch on bags of garden soil, and hover, hunting, on thin woody branches.

Galansoga, one of the most impressive of the weeds, is blooming and setting off its seed throughout the farm, blending in trickily with the shape and structure of the sacred basil leaves in the herb patch.

I found evidence of mice in the kitchen and heard them scratching around after midnight. Between them and the tree-chewing rabbits you’d think it was November.

Lastly, I wasn’t lucky enough to see this, but my friend and coworker Itzi saw a coyote cross the road on the edge of the city. Its head was down, she said, as if it was trying to be as clandestine as possible.

Unfortunately I didn’t see this guy, either. Source.